A Surprise Gift From Above

Today on my morning walk, a feather fell from the sky and landed vertically the grass right next to where I was walking. It came spiraling out of the sky and ended up with its end drilled into the grass, and thus inserting itself perfectly upright in the grass. As if someone in the sky using it as a feather pen, had gotten tired of writing, and chose to put it down.

I kept walking of course. I have heard that feathers can have all sorts of lice and worse on them – and that picking it up could be risky.

And then a persistent inner voice beckoned. It told me that this feather had fallen from the sky to land right at my feet for a reason.

And you know the quick response that our rational thinking goes through when we have little intuitive and seemingly irrational hits from our subconscious: We often choose reason. In my case, reason was telling me again and again that feathers are dirty and I should not touch it. And the voice of reason was also telling me that if the feather indeed had fallen at my feet to somehow convey a message, then I certainly did not need to touch it to get the message… I could just observe that the feather had landed right at my feet… whoop-ti-do… as if that were to mean anything at all.

I don’t know how it is for you, but for me my voice of reason seems to be aligned with an overall reductionist world view. Things are simple and transparent – and this language also seems well aligned with my inner critic. If I think there is another and more synchronistic or universal aspect to something, my voice of reason can easily tell me all the reasons why that is counter to rational thought, and how I need to just stop my silliness.

All of this was swirling in my head as I walked away from that feather. And then I turned around.

I picked it up.

I looked it over – and it didn’t seem to have any visible mites or other bugs on it. It was a black tail feather – probably from one of the many crows in our area. Voice of reason was calmed for a moment. And as I walked on, I held the bottom end of the feather; the hollow shaft called the calamus between my fingers and spun it around between my thumb and my index finger – back and forth. Nice feather – but what was the meaning? No epiphanies seemed forthcoming.

Voice of reason had a small victory:

“So the feather fell from the sky at your feet – and it was just a coincidence… Ha… told you so!” 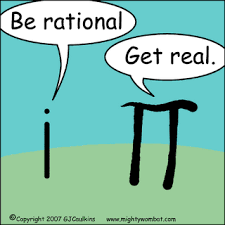 Yes, I had to admit, my voice of reason had won. Of course there was no significance to this crow’s feather falling from the sky right as I happened to walk by. Who did I think I was kidding anyway?

For some reason I held on to the feather and kept walking. Maybe I could use it to brush away a spider’s web so they wouldn’t hit me in the face later. Ten minutes later, I looked down at my fingers holding the stiff, yet smooth shaft of this feather, and that’s when it hit me:

“The material that the feather’s shaft is made of is exactly the same as what my nails are made of. It feels the same – it looks similar – it has to be the same.”

A sense of joy came over me. Voice of reason barked at me again:

“Really now, you think you have some significant experience just because you think the two are made of the same material…. what is so special about that?”

And as the knowledge washed through me that all of creation is connected, I sent that voice of reason off to bark up another tree. I was going to enjoy what this beautiful moment meant to me: A tangible reminder of how we are all joined together. Whether that feather fell there to signify that or not – that was what I experienced in the moment – and so who cares how it happened!

When I got home and did a little research, it confirmed that the calamus, or hollow end shaft of a feather, is indeed made of keratin; the same material that our nails and hair are made of.  I felt happy – and no longer cared particularly, if this experience was “meant to be” this or that. I simply enjoyed it for what it was – a beautiful reminder of a spiritual observation that has been at the core of many mystical experiences throughout time: The interconnectivity of all.

I got on with my day. An appointment got moved, affording me a little extra time. So I decided I would write about my little “feather incident”. And just now as I was about to post it, I did a search on the significance of the crow as a totem or power animal. And I have to tell you, I chuckled when I read the following:

“We are all connected, infinitely and composed of the same ‘stuff’. We need to realize that hurting others only hurts ourselves. Crow is the bird which represents this transcendence.”

“When we meditate on the crow and align with it, we are instilled with the wisdom to know ourselves beyond the limitations of one-dimensional thinking and laws. We are taught to appreciate the many dimensions of both reality and ourselves, and to learn to trust our intuition and personal integrity.”

I do believe that mindfully allowing the language of the subtle dimensions into our lives can add a sense of wonder, meaningfulness and a deep sense of gratitude for the beauty of Creation and the wonder of life. It is all about giving it space in our compartmentalized world, and to once in a while, when there is minimal risk in doing so, allowing our voice of reason to take a backseat for a few moments. My rational mind is not getting out of the driver’s seat of my car for long. But once in a while, letting it ride shotgun, or occasionally having it spend a bit of time napping on the back seat is not a bad idea…

"We are more alike than we are different. This is the story of the blues."